Will we discover alien life form in the cosmos above or some other universe? Will that alien life form be spiritual? Concerning the article on NBC News, “Mars vs. Europa: The article below is a response to the above question about alien life in our universe and NBC News article concerning Astrobiologist Robert Pappalardo and NASA’s research for Alien life in our heavenly universe-be it Mars, Europa, Uranus or the recently discovery of Kepler-62f planet in April of 2013.

Astrobiologist Robert Papplardo and NASA’s research team are searching our universe for alien life. Are they looking in the wrong place, the wrong heaven, the wrong universe? Yes, they are. There is life other than the planet Earth and it’s not Europa, Mars, Uranus, Jupiter, Kepler-62f or any part of heaven in our present universe. Life does exist, but it’s beyond our solar system, beyond our heaven and beyond our universe.

Who Is This Alien?
Lou Barreto
Buy New $8.26
Amazon.com

1It is doubtless not profitable for me to boast. I will come to visions and revelations of the Lord: 2I know a man in Christ who fourteen years ago—whether in the body I do not know, or whether out of the body I do not know, God knows—such a one was caught up to the third heaven. 3And I know such a man—whether in the body or out of the body I do not know, God knows— 4how he was caught up into Paradise and heard inexpressible words, which it is not lawful for a man to utter. 5 Of such a one I will boast; yet of myself I will not boast, except in my infirmities. 6For though I might desire to boast, I will not be a fool; for I will speak the truth. But I refrain, lest anyone should think of me above what he sees me to be or hears from me. 7And lest I should be exalted above measure by the abundance of the revelations (of the third heaven).

In those passages above, Paul was speaking about himself as being that man. Paul said, “He is not sure how he was transported, in the body or out of the body, to the third heaven, but he was.” Paul call the third heaven, Paradise, which is the Kingdom Of God. Jesus Christ, when he was dying on the cross, responded to the thief on the cross who said to Jesus “Remember me when you come into your Kingdom, and Jesus said, “today you will be with me in Paradise,” (Luke, Chapter 23:41-43, NKJB).  Paradise and the third heaven are one and the same place.

Yes, the simplicity of God’s message of Salvation to earth inhabitants, “Remember me” uttered by the thief. How simple can Salvation be? Call on the name of the Lord Jesus Christ and you will enter into Paradise, the third heaven. It’s that simple, call on the name of the Lord and you will be accepted like the thief on the cross. It’s the only way to tap into the third heaven without a space ship or scientific technology. Jesus was referring to Paradise as being the Kingdom of God, where His Father God resides, including the Family of God. Paradise is the third heaven, the third universe. There is where you will find life, extra-terrestrial beings, living beings who have the same genetic makeup as Jesus and God His father.

Death, sickness and evil do not exist in the land of Paradise. There is peace, harmony and unity with all the inhabitants of Paradise, where Jesus and His Father God resides with the Family of God. Yes, life does exists in Paradise, the third heaven, the third universe. It’s the Kingdom of God and He reigns over its inhabitants, His beloved sons and daughters.

Mankind cannot access that Third Heaven due to its lack of technology to penetrate the third heaven, the third universe. Many lay people and scientists on earth believe that there are parallel universes, but the New Testament Bible is the first to mention about other heavens, other Universes. The bible scripture revelations are always ahead of its time and the present knowledge of mankind is always catching up to past revelations of the bible. Amazing.

In conclusion, Paradise is where life exists, where Christ exist. He is the truth, the light and the way. Paradise in the third heaven, the third universe just as the Apostle Paul stated. It’s not Europa, Mars, Jupitor, Kepler 62f or any part of heaven in our universe where other life forms will be found. Even the Seti program and the Kepler project are a waste of time and money, searching the wrong heaven, the wrong universe for extra-terrestrial life.

Perhaps someday, Mankind will come up with the technology to tap into the third universe and then they will be looking for alien life like a needle in the haystack. It can only be found through that spiritual connection, Jesus Christ, and then their eyes will be open. Yes, the Apostle Paul was transported to the third heaven, the third universe-without a space ship, without scientific technology. How amazing is Paradise? It’s Indescribable. 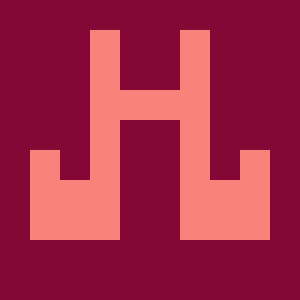