Scott C. Waring, of UFO Sightings Daily,  presented a theory featured on the Examiner.com titled, “Mayan Doomsday Clock reveals U.S. Presidential Election Results”, which he claims the Mayan Codex represents the results of the upcoming 2012 Presidential election.  Waring believes two of the glyphs on the codex represent President Obama and his wife!  All of this was conjectured based on the deep blackness (and an eagle on the head of one) of the two Mayan glyphs and the fact President Obama is in office and he is Black.

There are two sources of the article.  One is Dr. John Lash, who quite frankly I can not vet where his information is from nor is there an archeological footprint .  The other source of the article’s theory is David Icke, who is an English writer and public speaker, best known for his views on what he calls “who and what is really controlling the world.” He has gained a large following with his theories of a secret reptilian race controlling the world through shape shifting elites such as the British Royal family.  He claims the élite drink the blood of their victims and this allows them to maintain their human form, while at times they have trouble cloaking their reptilian form. His current career is the silver lining in a cloud which will forever follow him.

In 1991, Icke was a guest on a United Kingdom television show where he claimed to be Jesus Christ and the Son of God!  The host of the show was very entertained by Icke and began to query why he believed he was the Son of God.  Icke answered “Yes, I am”,  several times when asked if he was the Son of God, to the amusement of the audience .  Even if the “reptile theory” is true,  Icke’s belief he was Jesus makes him a controversial ambassador for representing the “reptile theory”.  Or does it?

Since then he has distanced himself from his delusional state as the Son of God and claims it was a result of seeing a psychic, who told him he would divulge great secrets.  According to Icke, he was inundated with psychic messages and became confused.   I commend David Icke for becoming an author and building a business based on his theories.  Now you understand the unbiased history of Icke we can continue.

Icke’s research may sound far fetched;  but,  many ancient cultures have myths of reptile Gods,  aliens, or giant lizard men who lived in the Earth.  Cecrops, first King of Athens was said to have been half man, half snake. Ancient India spoke of a Reptilian race said to live underground and interact with the kings and others on the surface. The Hopi Elders speak of a race of Reptilians called the Sheti, or Snake-Brothers, who lived underground. The Mayans spoke of a race of “Iguana-Men”, who descended from the sky teaching them pyramid construction and demanded human blood sacrifice. The Dogon Tribe in Africa spoke of the Nommo, who were a fish reptile creature who taught them astronomy and promised to return one day. Finally,  we have the talking serpent in the Garden of Eden.

Ironically,  there is irrefutable evidence humans are related to reptiles.  Science has identified a reptilian complex in the human brain known as the amygdala.  It appears the human brain is linked to reptilian behavior.  The reptilian complex brain matter controls our basic instincts.  I dare say the reptilian part of our brain is the most important.  It is the mechanism which ensures we survive as a species and people who commit suicide are not in touch with their inner reptile? 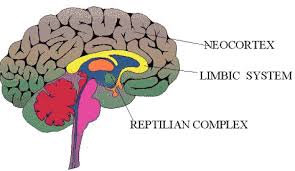 The reptilian complex is responsible for autonomic life functions such as breathing, heart rate, sex drive and the fight or flight mechanism, the reptilian brain’s impulses are instinctual and ritualistic. It is this part of our brain —  concerned with fundamental needs such as survival, physical maintenance, hoarding, dominance, preening and mating — which has allowed our continued survival. Source

Now let’s take a look at the source of Waring’s analysis which is the Dresden Codex.  It is considered the oldest book written in the Americas.  Most of the Mayan documents were destroyed by the Spanish invaders and this intact codex provides us with clues to humanities future according to Mayan Priest.  The Jesuit Priest immediately found value in them and salvaged what they could.

What is the Dresden Codex?

The Dresden Codex, also known as the Codex Dresdensis, is a pre-Columbian Maya book of the eleventh or twelfth century of the Yucatecan Maya in Chichén Itzá. This Maya codex is believed to be a copy of an original text of some three or four hundred years earlier.  It is the oldest book written in the Americas known to historians.

The Dresden Codex consists of 39 sheets, inscribed on both sides, with an overall length of 3.56 metres (11.7 feet). Originally, the manuscript had been folded in accordion folds. Today, it is exhibited in two parts, each of them approximately 1.8 metres (5.9 feet) long, at the museum of the Saxon State Library in Dresden, Germany.

The Mayans were experts with a keen understanding of the solar system with a Galactic perspective reflected in their long and short count calendars.  Do you really think they would designate two glyphs for President Obama and his wife?  If anything the glyphs in question represent a people.  Waring clearly overlooked translations of the ancient past regarding the “Black-Head” people.  In order to understand this we have to take a look at the Sumerian culture. This is important because Sumerians influenced the Egyptians, the Egyptians influenced Olmec, and the Olmec  were the parent civilization of the Mayans.

In Sumeria ten thousand tablets have been found and translated which refer to an alien race which created a race of humans to work as slaves in their mines in Africa. This race is called the “Anunnaki”, or the “Abbennakki”, and it specifically states that the “Black-headed” people of Sumeria were created by these beings. The royalty was said to be a combination between “Dragons” and humans. –  Zecharia Sitchin

The Sumerian prophecy speaks of the return of the “Black-Head” people and perhaps this is what the glyphs are showing us. President Obama might be considered Black; but, his skin tone is not!  He is what Black people call Mulatto or Puerto Ricans call, cafe con leche!  Do you not think the Mayan seers would have chosen another color from the crayon box to color President Obama?  They certainly used a color better suited for Wesley Snipes!  Now more on ancient accounts of the reptilian race who allegedly “created” African people.

A Reptilian race called the Draco, originating in the Draco star system. A more benevolent Reptilian race called the Abbennakki, created the Black race in Africa.  This is supported by ancient Sumerian tablets, as well as the histories of the indigenous peoples of Africa, such as the Zulu, as well as physical evidence such as ancient mines which have been discovered by the Anglo-American company, dating to 60,000 years B.C. – Stewart Swerdlow

Now the eagle on top of the head of “Black-Head” person can also represent a return from the air. There is also a feathered reptile running with the black glyph.  The question is – If the Black-Head people are returning,  where are they returning from?  Where did the Black-Head people go and why? Many cultures besides the Mayans have prophecied a return of a God or gods!  Even the Bible has a space based return of Jesus.

11 “Men of Galilee,” they said, “why do you stand here looking into the sky? This same Jesus, who has been taken from you into heaven, will come back in the same way you have seen him go into heaven.”

Each prophecy is marked with a return of beings who return and successfully war with the “powers-that-be” which ushers in peace and enlightenment for all.  Could Jesus have been linked to the Black-Head people?  I only say this because the original images of the Holy Mother and Child,  looked African.  In fact, statues were carved out of obsidian to reflect their skin tone and early art captured Jesus, as being a Black child.  The exact same color of ​the glyphs on the Dresden Codex.  This was before the Vatican changed the image to the ubiquitous Jesus we see today.

Notice the different colors used to represent the Angels?  There is a stark contrast between the Holy Mother, Child vs. the color swatch of the Angels.  Why did the artist choose to paint the Holy Mother and Child as Black People?  Could it be at one time it was universally accepted they were in fact Black? I am just trying to connect the dots based on historical evidence at our disposal!

The Mayans said this will be a time of great change which includes the collapse of the global economy, major earth changes, great global change and the return of the gods.  Could these gods be the Black-Head people or will they be the Reptilian gods of the past?  The Sumerians and the Mayans both share gods who had feathers and looked reptilian.  To leave out this correlation is a major oversight by any researcher!

We should also take a look at the prophecies of Chilam Balam,  who was a Jaguar Priest with writings dating back to 1168 AD.  He was responsible for preserving important traditional knowledge as well as prophecy.  He was considered a powerful and wise priest who had the ability to see the events of the future.  Most likely by incorporating ayahuasca into rituals which activated his pineal gland and phasing him into the Spirit world.  Let’s see what he had to sat about a future event.

The priest Lord,
You shall see it from afar coming.
The fame of the beam comes to awaken us.
From everywhere. It comes to us.

​This reminds of the story of Dr. Peter Gariaev,  also known as “The Father of Wave Genetics.”  Dr. Gariaev proved irradiated light can change the DNA of anything.  In his lab he beamed a cold irradiated laser through a petri dish of salamander eggs to a petri dish with frog eggs.  The DNA of the frog eggs were reprogrammed into salamanders!  The frogs grew into healthy salamander adults who were able to successfully reproduce. What this means is the Sun in conjunction with gamma radiation could possibly have the same effects on us.  Perhaps this is what Chilam Balam means when he says we will awaken?

Obviously at one time it was universally accepted beings descended or came out of the Earth and influenced diverse ancient civilizations.  These stories became the days of yore with a common reptile theme with promises of a return. Even the Book of Enoch spoke of a space based invasion of the Earth and kidnapping of the most desirable women.  These beings were responsible for teaching mankind just about everything we know today; good, bad and ugly.  They too left with a promise of a return.  Apparently there is a galactic clock keeping time and when the bell goes off we will truly see what is in the oven. Will they be reptiles or Black-Head people or both?