The Science Behind Slit Eyes and Possession

“If you want to find the secrets of the universe, think in terms of energy, frequency and vibration.” – Nikola Tesla.

As Tesla wisely decrypted in words, we agree everything conforms to “rules” that exist. Creation always follows laws of the basic building blocks which conditionate the “how” from our perspective. Voltages, frequencies, vibrations, behave the same in any part of the known universe and inside our bodies as well. We are energy transformators, converting biological matter into energy and also we are energy conductors. That’s how our capacitive touch-screens work, by closing a circuit with the electricity of our fingers.

Eyes are complex organs, and our genes were wise into perfecting them in order to survive throughout the ages adjusting them for the survival of the species. The eyes detect light and transform it into electro chemical impulses in – neurons- which are electrically excitable cells that act as transmitters of information, they usually form synapses due to the capability of the cells to transmit information to another cells creating a web of neurons using a linking mechanism called “axon” that is a branch or cord that originate from a specific region of the neuron and connects to another neuron. This bridge system sustain the synapse.

Now, all neurons are electrically excitable having voltages across their membranes that are combined with ionic channels. Changes in the membranes’ voltages effect directly the whole synapse. Neurons are the core of the nervous system, the central and the peripheral, the spinal cord and the brain as well. Kundalini, chakra activation exercises and these sort of teachings consist in alignments, movements, positions, and body synchronisations, these are works designed for the spine.

Why does the spinal cord have so much importance in this subject? The spine acts as an analog of an antenna (collector) under certain situations. This working of “orientation” alters the normal voltage of the spinal cord by making it susceptible to “interference” or what we can call “parasite currents”. These works need of the modification of the frequency of the voltage of the brain through the control of alpha, beta, theta and delta waves, usually by flattening them with several exercises and training in deep relaxation methods.

This generates a “blank channel”, the vacant state where outside frequencies can work without any interference. This blank channel is essential to articulate with the spinal cord. The electrical induction seems minimal but is enough to reach it’s objective, the creation of neurons, that will extend their axons to create a synapse. So we have a sensory system that acts receiving the electrical charges the entities infiltrate by the spinal cord and neurons being created, configured under certain voltages and determined frequencies.

The neuronal paths they send to manifest through the host, needs of the use of the denominated PAX6 Gene, which is an essential key regulatory gene for eye and brain development, it is called (not under total conscience) a “master control gene”. In a molecular level, PAX6 carry out molecular signaling, it basically says to cells where and how to grow, to ensure a correct creation and regulation of the central nervous system (brain and spinal cord). PAX6 is essential for neurogenesis; the creation of new neurons, and oculo genesis; eye cells’ regulation and creation.

All functions of the PAX6 gene expression are known yet part of their mechanisms remain unsolved. The stimulus the electrical charge the spine receives triggers specific synapses that relies on the PAX6 gene expression’s mechanisms responsible for the process of neuron and eye cells’ creation and regulation. We can see this process of invasion as an act of reverse engineering if we accept that when we are open to them, they can access genetic libraries tweaking active and inactive genetic functions to create a favorable environment for the manifestation.

Is the slit eye phenomena a side effect of the use of the PAX6 or is it a desired output from the neuronal information inserted? Thinking in the element analysed in this post, the development gene, I can’t help but to see this process as a dark-birth. I’ve always though entities would be wiser in their method of infestation than what movies show. After all we define our illnesses by the symptoms, and a borderline asymptomatic sickness can be perceived as more effective. 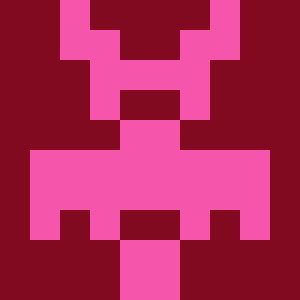