The Planets DO Influence the Human Body!

Some say, “So what the planets are aligning and a rouge comet smacked into Mars. It doesn’t affect me!” This statement is not so true. There is an explainable link between us living on this earth and the rest of the Universe. We all communicate and simply put we all exist in the same Universe which means there is a link between everything!

You experience the world around you because you are similar to its makeup otherwise you would not be able to see, smell, taste, touch, or hear it. The DNA has receptors that communicate with the environment and this is how life evolves. Your DNA and the rest of the Universe have some similarity, and even more simply explained to the planetary bodies in our solar system. Want to know what the similarities are? No? Just kidding read on!

The DNA molecule transfers hereditary traits that determine the outcome of life. Your DNA (deoxyribonucleic acid) has the ability to contain the seven metals which exist in the surrounding planets of the Earth. Furthermore not just metals, many elements! Mars is red because it has a lot of iron and when iron becomes oxygenated it turns reddish. Just like the iron in your blood turns red and makes your blood red when u bleed and oxygen contacts your blood. (Must mean there is oxygen on mars. Hmm?).

Therefore humans and Mars are similar and we can see each other and communicate. Venus has copper. There is also a certain amount of copper in the blood. Females have 20% more copper in their blood than men and men have more iron. Copper is the chief protein of ceruloplasmin which is linked to the female hormone estrogen.

Have you ever heard “Men are form Mars and Women are from Venus?

On the Moon’s south pole there was an unexpected amount of silver found.  Here is a challenge find the rest!

So now that we can understand our DNA contains the elements that surrounds us in this universe and that DNA has receptors that communicate and react to our envIRONment (Lol) we can also understand whatever gravitational and electromagnetic forces affecting the planets have a direct effect on us.

Furthermore if something happens to those planets we as receptors of the environment will also experience some effects. We (the planets, humans, earth, animals, the space between us all) are fish in the same pond aka our solar system. One ripple from one side travels and effects all other sides. 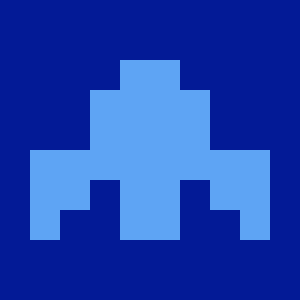